From FalsiaToday, 14th October, 2016, Tallinn – A federation with the aim of sharing defence, foreign policy, energy policies and long-term common goals. This is what the leaders of the 3+1 Baltix (as they chose to be known as) countries – namely Lithuania, Latvia, Estonia and Finland – will be discussing about, in a not-so-secret meeting, scheduled for later today, in Tallinn. The need for such a federation comes as a reaction to both the centrifugal forces Brexit set free in Britain and Spain, and the centripetal ones the Foedus proposal and its discussion framed. Furthermore, the renewed aggressiveness Putin showed on the Ukrainian front and its American weak reaction let the pressure mount on these four countries for a better, safer, more economically sustainable army, especially after the pro-european moves of Erdogan may undermine Putin’s stability.

The four Baltix states had even already designed a proposed logo for their shared military forces.

The four countries are already experiencing free movement of people and trade, a long mutual protection history against their common rival, Russia, and since Lithuania ultimately joined the Eurozone in 2015, they are also part of the same currency block. As the British drama moves on, and the Austrian presidential elections are set to be run again, the EU Commission welcomed the talk as the “much wanted fresh bre

ath from the new Eastern members of the EU”. The plan is extremely ambitious, with the countries aiming at federating even if the Foedus referendum should not prove successful, with the ultimate goal of balancing the very recent political and economic weakness of Ukraine, and also delivering a new ally to the EU Commission, after Poland controversial “fascist” reforms. The joint population would reach 11.5 million people, more than many  EU members today, surpassing for example Greece, Portugal, Bulgaria, Hungary and Czechia.

From TheFalsingtonPost, 8th October, 2016, Washington D.C – The former Secretary of State and Democrat running candidate for the White House Hillary Clinton had today one of her most embarrassing interviews streaming on Facebook Live. She referred to Falluja and Aleppo dirty bombs as “nuclear bombings” in what she misjudged as a nuclear tactical air-dropped weapon, instead of the extremely less sophisticated dirty bombs actually having been used in the two deadliest (and most impacting) terror attack this year.

When the interviewer had her understand the error she replied “I know it was not an ICBM, nor an air bombing, I know it was just incidental leakage of nuclear fuel”, even worsening her gaffe on the theme. She was pushed to explain she just did not understand the attacks of Falluja and Aleppo, claiming the campaign forces her to delegate much of her efforts – really – to some of her consultants. The interviewer rubbed salt into a wound asking directly to Clinton whether she thouught a misunderstanding like that could be forgiven to a former Secretary of State, or to a President, especially with those dangerous situations of instability both in Europe and Ukraine, leaving Clinton speechless.

The gaffe is already a trending topic on Twitter with the hashtag #ClintonNucular hitting 500k+ tweets only today, and was welcomed by the creation and sharing of Clinton’s nuclear memes on Facebook, just minutes after the remarks were shared on Facebook Live. As the metro gaffe in NYC showed, Internet people are much more dangerous than some journalists, for Senator Clinton. With polls going down for her, even some of her own party members are starting to rethink their position.

Women have been decisive for the results of this elections, polls show.

From AlFalzeera 7th October 2016, Rabat – Huge gains for progressive forces, results say. The Constitutional Union had their seats double to 44, and the Independents reached an incredible result of 223 seats. Even the Green Party had their share of seats climb up to 11 seats, also thanks to the positive effects of the newly designed solar energy transformation plan in Morocco. This comes as a defeat for the ruling Justice and Development party, an islamist right-wing formation which did not embrace the moderate islam which lead to power his companion in Tunisia. Observers say this will imply a liberal upturn in Morocco in the next few years, but also a reshuffle of the parties, with every group getting closer to the so called Euroislam ideology, which tries to adapt Islamic policymaking into a more western liberal political culture. 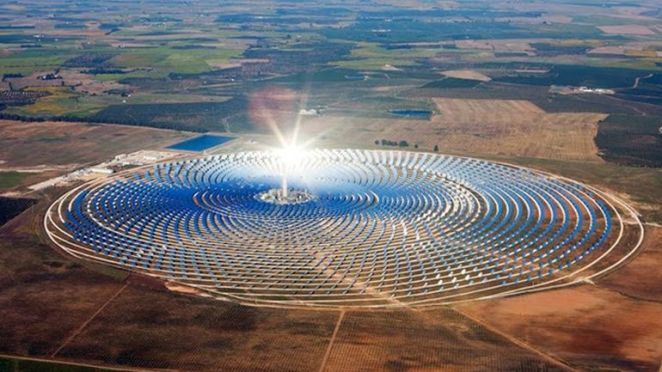 Solar power plant in Ouarzazate provides 160+MW now, and will provide 580MW when completed. The excellent financial and occupational consequences pushed the Green Party to gain some ground.

Nevertheless, the elections were moved by fear of Islamism, as last July Nice attack and its consequences on the Maghreb population living in France showed the necessity of a liberal Islamic way. Also, the need for a stable EU-Morocco health and sanitary cooperation dominated the campaign, as the Angolan fever continues its spread through the south of the World, mostly Africa and South America.

Federica Mogherini, EU High Commissioner for Foreign Policy meeting her Moroccan counterpart in March 2016, after the relation between EU and Morocco were halted over a territorial dispute. The intention to restart diplomatic ties is clear on both sides, embassy sources say.

Italian PM Renzi welcomed the victory of the progressive forces as a sign of modernisation in Africa, but most of all as the sign of how cooperative Islamic countries can be. The PM even insisted on his personal invitation for the Maghreb countries leader to join the EU table as observers, as to gain dignity as potential future partners.

From FalsiaToday, 6th October, 2016, Moscow – Just days after Turkish president Erdogan pushed his parliament to change the colours of the flag to regain trust of the EU institutions and especially of Angela Merkel, Vladimir Putin counterattacks. The Russian president demanded to the table – EU, Russia, USA, Ukraine – for peace talks in eastern Ukraine a set of referendum in Ukraine to fix the situation once for all.

Now that the situation in Saudi Arabia is under control and ISIS plays its desperate last moves, oil prices have begun to fall once again, with Brazil and Japan stuck in credit crisis. Of course Russian economy is suffering too. Also, after Brexit pushed the idea of a Turkish fast-tracked accession to the EU, Putin wants to regain its influence and central role in eastern Europe. 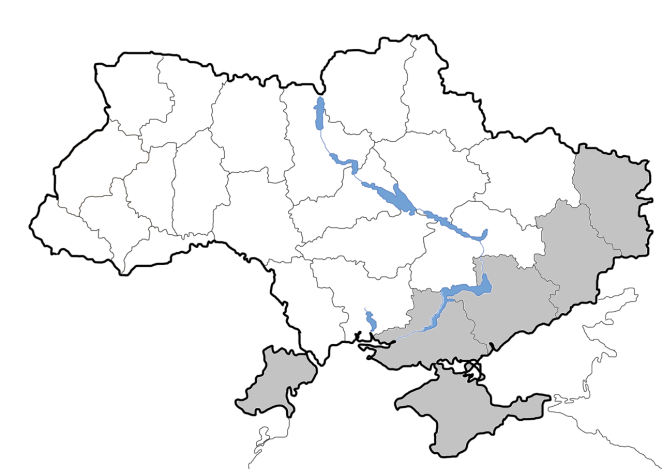 The proposed referendums would involve the oblasts of Odessa, Crimea (today under Russian rule), Kherson, Zaporizhia, but also the rebellious Donetsk and Luhansk. Putin did not even put Kharkiv on the table, in order to be sure of the acceptability of the proposal.

The proposal he made consists of OECD-observed referendums on whether they want to stay in Ukraine or in Russia, held separately in a set of provinces of eastern and southern Ukraine, including Crimea, Donbass, and even Odessa. The proposal has only been accepted by the European partners for now, with the aim of normalizing relations with this important economical neighbour, but the ok from the US president is due within this week. Ukraine declared its non-intention to follow the referendums, but the idea of opposing to Russia, EU and US at once seem all but feasible.

In a bilateral meeting, Putin also met Belarussian vice-president, but the reason for the meeting was not communicated.

From FalseNews.com, 4th October, 2016, Ankara – The day after world markets have been shaken by the downgraded rating of three major economies, Turkish president Erdogan makes a surprise move in order to regain momentum in Europe, after the nuclear attacks by ISIS in Falluja and Aleppo, the Brexit and the Foedus proposal and its discussion scaled him back to just one more element on the chess table of Europe. Erdogan strongly needs to regain political ground and to show his people that he can be as European as they want him to be, now that the Rojava Republic of Kurdistan is making strong gains in Syria, fuelling a resurgence in his parliamentary opposition by HDP.

Apart from Erdogan’s APK party members of parliament, the new design was favourably voted also by the whole HDP and a big chunk of socialdemocratic opposition in Ankara. The new flag becomes official starting today.

He surprised the government itself and the parliament too with the proposal of a new flag for Turkey, which does not change the elements on it, but has them recoloured with European Union flag’s ones. This move is a perfect marketing one from a leader which let us used to him changing his mind upside down in just days, and which desperately wants to gain the seat Britain is leaving in Europe. Curiously enough, anti-Russian countries like Poland and Sweden – even if they seem to question their own EU permanence – have become the biggest supporters of a Turkish entry after Brexit, both to manage more easily the decreasing refugees flow and to counterweight German dominance – and not so hidden friendly attitude towards Putin’s Russia.

Today rating agency Fitch announced a major cut in three of the most important economies of the world, citing Brexit, Angolan fever and the political corruption as main causes of distress for the markets.

From TheWashingtonFalse, 3rd October, 2016, Washington – Political turmoil in Brazil and the financial shockwaves of Brexit in Japan forced Fitch to cut these two countries’ ratings to B and BBB respectively. Brazil newly installed conservative government pledged to reduce budget deficit months ago, but it remained stuck in its own mud, with corruption scandals piling up on its ministers shoulders. Just four days ago the Angolan fever spread to Brazil, further undermining its tourism industry, and posing a threat to its passenger traffic capability. In the first four days the virus is thought to have infected as much as 100 people, with 3 confirmed deaths, and more to come, in a country which saw its expected tourist flow this summer ruined by the Zika virus.

Japan on the other side is greatly suffering from the financial meltdown which had Nikkei lose 8% just the day after Brexit referendum, and a cumulative value of 37% as of today, with respect to the pre-Brexit days. As the BRICS economies are dragged down by the crisis Zika, the Angolan fever and structural pre-existent reasons had caused, Brexit comes as a fatal shot to the very same markets Britain had thought of gaining access after the Brexit.

In an uncommon move, Fitch cut a third sovereign rating, the British one, down to A+, after news from London that essentially every bank in London is actually moving to Dublin, Milan and Frankfurt within the next year stroke the real estate market.

Financial meltdowns in Japan, Korea, Taiwan, Hong Kong and Singapore will sure affect China as well in the coming months, leaving the UK even more isolated. 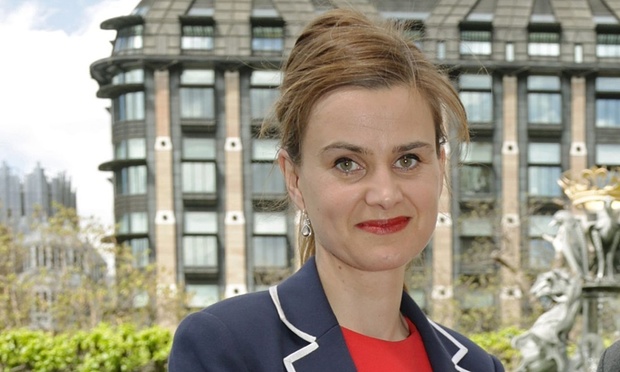 From FalseChannelTV, 30th September, 2016, London – After more than three months, labour deputy Jo Cox has woken from the coma she had fallen after an attempted murder by a Brexit fanatic let her seriously wounded. The whole political spectrum has welcome this good news tweeting her best wishes. Even Merkel and Hollande participated in the live tweeting, with particularly kind posts.

Until June she was strongly campaigning for the Remain side, and the attack had the political arena think twice on how much violent the campaign was heading too. Some had also hoped it could have helped the remain side, but in the end the attack was perceived as the glaring sign of how big the wound was between the UK and Europe. First polls measured the impact of the attempted assassination as positive for the remain side, but in the end it did not prove enough.

She has woken up in the worst of her nightmares though, with a successful Brexit ongoing, a weak Cameron which does not cede to the resign pressures, and a torn-apart United Kingdom, as Scotland is on the path of another independence referendum and Ireland is on the course for unification, while outside of Europe a new epidemics and economic crisis has BRICS countries kneeled.